The chances of the EU and the UK government successfully negotiating a trade agreement are falling. Already, companies are bracing themselves for a hard breach.

When Benny Wunderlich started working in the UK ten years ago, the country was still part of the European Union. Back then, Brexit was unimaginable and he never thought this could change within a decade. Now, shortly before the final phase of Brexit negotiations, he says, “You simply don’t know what’s coming.” Benny Wunderlich is Managing Director for the Sasse Group in the UK. The Munich family business is a Facilities Services provider for properties, infrastructural facilities and their technical systems, and has almost 1300 employees in the United Kingdom. Its customers include the Unicredit building in London, Oxford University and the airports at Bristol, Edinburgh and London-Luton. Every night, at least 2000 buses for local public transport services throughout the UK – including the capital’s red double-deckers – are cleaned, sanitised, refuelled and shunted. But now Wunderlich must prepare himself for the worst: a no-deal scenario at New Year.

Uncertainty is the poison of our times. The EU summit last week brought no breakthrough in the Brexit negotiations and discontent on both sides is enormous. But talks will continue; chief negotiators from London and Brussels have arranged a videoconference for this Monday to discuss how to proceed. Time for an agreement is short because New Year is the end of the transition phase, during which the UK has remained in the customs union and the EU single market. Without a free trade agreement, tariffs and customs checks will be introduced on 1 January – and these damage the German economy too.

Economic relations are close. In 2019, goods valuing almost 79 billion euros were exported from Germany to the UK. According to estimates by the German Chamber of Commerce and Industry (DIHK), around 750,000 jobs in Germany depend on this. In 2019, goods trade between the UK and the entire EU had a volume of 500 billion euros, with German companies making up a particularly high proportion. As part of its portfolio, BMW builds vehicles for the Mini and Rolls-Royce brands on the island. Siemens Energy produces wind turbines. Airbus has wings manufactured for its aircraft, and discount retailers Aldi and Lidl have a strong presence in the UK. There are also a large number of SMEs that are working on emergency plans for a no-deal Brexit.

Compared to other German companies that are active in the UK, things at Sasse are still relatively relaxed. “We are a service provider and purchase few goods from the EU,” says Wunderlich. However, he has been “bellyaching” for a long time; around 25% of his employees come from Eastern Europe and many of these are worried that they will have problems with their right to remain after Brexit. Consequently, Wunderlich has already started supporting his cleaning staff from Romania, Bulgaria and Poland in their applications for the settled status that EU citizens will require. Conversely to the future trade agreement between the EU and the UK, the right to remain is already regulated.

If no agreement is reached, the rules of the World Trade Organisation will apply to trade between the EU and the UK from 2021. Tariffs could be levied on many goods but it remains unclear whether this will really happen. Gabriel Felbermayr, Head of the Institute for the World Economy (IfW), assumes that in a hard Brexit only selected sectors like the automotive industry would suffer because their products incur import tariffs of ten percent. For many other goods, Prime Minister Boris Johnson could waive tariffs and not put up any new barriers to trade. “Then we would have Brexit and nobody would notice, at least not in terms of the exports to the UK,” says Felbermayr. There is currently still no infrastructure for levying tariffs seamlessly. This is also why he is not very optimistic that an agreement will be reached; “Time is now so short, there can no longer be a good settlement.” If tariffs are introduced in the medium term, he expects that German companies will build up production capacities on the island to avoid them.

According to a study by the Ifo Institute and the Econ-Pol Europe Research Institute, Brexit will negatively impact British companies the most anyway. This is because the British economy imports large numbers of intermediate products from the EU and often has only a few suppliers, so dependency is high. On the other hand, the EU is dependent on very few deliveries of products from the UK and these could be replaced quickly by producers within the EU. “Our results show how important it is that a trade agreement is reached that reduces the uncertainty in trade relationships and therefore minimises the costs for those involved,” says Lisandra Flach, Head of the Ifo Centre for International Economics.

Sasse Manager Benny Wunderlich talks regularly about how things are going with his boss, Eberhard Sasse, who also runs the Chamber of Commerce and Industry (IHK) for Munich and Upper Bavaria. The subsidiary in the UK contributes around 11% to the company’s aggregate turnover, a healthy 26 million pounds (which converts to around 28.7 million euros). Because of the coronavirus crisis, Wunderlich is expecting a drop in sales this year of around two million pounds. This is caused mainly by the airports, where business has utterly collapsed and fewer passengers mean fewer sales. On the other hand, the demand for cleaning services has risen sharply during the coronavirus crisis. Or as Wunderlich says: “It’s all about cleaning now.” He is sure though that the British will still appreciate “German quality” even after Brexit.

Any publication or non-private use exclusively via Süddeutsche Zeitung Content. Please send your requests for use to syndication@sueddeutsche.de. 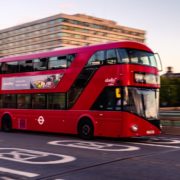 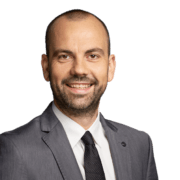